Our congregation was founded by Blessed James Alberione in Alba, Italy on February 10, 1924, liturgical memorial of St. Scholastica. We are the third institute of the big Pauline Family.

The first group of sister disciples was composed of 8 young women with Orsola Maria Rivata as sister-in-charge.

THE PDDM IN THE PHILIPPINES, TAIWAN and HONGKONG

Thirty-two years after the congregation saw light, on August 25, 1956, three Italian sisters came to the Philippines from Rome to begin witnessing to the beauty and nobility of the PDDM vocation and mission in Asia.

Srs. M. Pierra Marin, M. Lidia Drudi, and M. Clementina Dragone stayed with the Daughters of St. Paul in Pasay City. After a few months, they transferred to the SSP community in Laging Handa St., also in Pasay City where they started their priestly service. It was also there that the first vocations were received. A couple of years later they found a house in St. Scolastica, still in Pasay City. This became the first Divine Master Convent and the first Novitiate House of the PDDM in the Philippines. 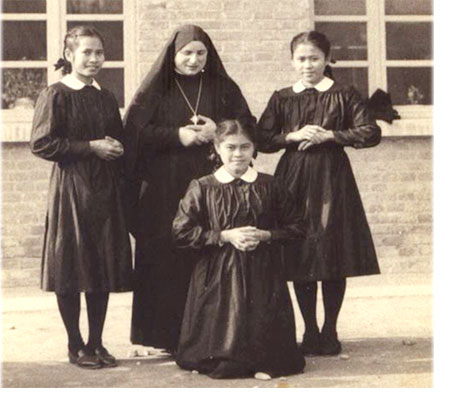 Four years after the foundation in the Philippines, three young Filipinas made their first religious profession in Rome, Italy. They took the names Sr. M. Fides, Sr. M. Speranza and Sr. M. Charitas, representing the three theological virtues upon which our Christian life stands. 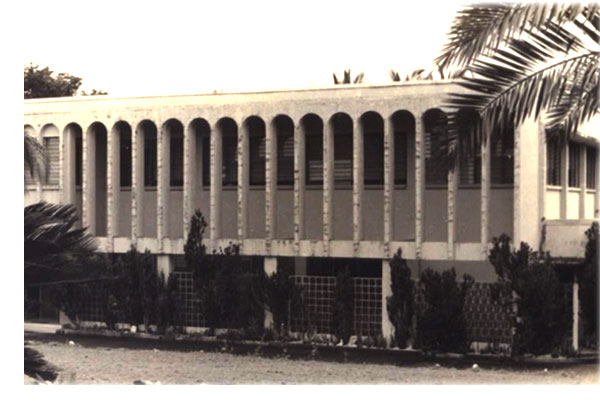 On May 31, 1960, the first Liturgical Apostolate Center was opened in Taft Avenue, Manila. In March 1964 the Mother House (with the Formation house) was inaugurated in Antipolo City. In 1969, the congregation saw the consummation of the first offering for the continuation of the PDDM mission in the Philippines in the person of Sr. M. Judith Sawal who died on July 27 that year.

For the next thirty years, the congregation grew and developed. A community and liturgical center opened in Cebu City on June 29, 1971. From the rented apartment in Ramos St., the congregation was able to acquire a place and build a house in Escario St., just beside the Parish of Our Lady of the Sacred Heart. It was in 1974 that the Divine Master Convent and the Liturgical Apostolate Center – Cebu, were blessed. Then, the development of the apostolic structure followed, and in 1992, the new convent with a bigger chapel was blessed. This led to the adaptation of the old building into a bigger workshop and a space for the young ones in formation. The Liturgical Apostolate Center caters to the needs of the clergy and faithful alike, not only of Cebu but also of the nearby provinces in the Visayas.

Ten years since the foundation in Cebu, on January 26, 1981, the Alberione Oasis, Home for Elderly and Sick Priests, just across the convent in Antipolo, was blessed. Later on, considering the culture and mentality of the Filipino Clergy, the initial purpose of Alberione Oasis was reviewed and revised. Instead, it was developed as a House of Prayer—a retreat house open for those who desire to “rest awhile” with the Lord in silence and solitude. 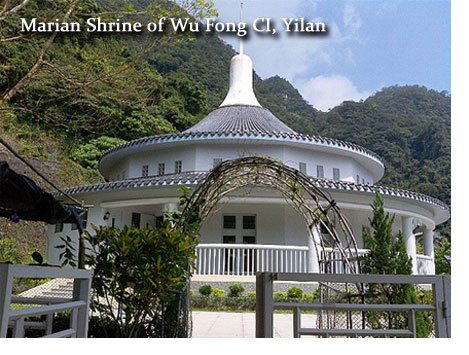 The sisters never lost sight of their mission as the "bridgehead of evangelization in the east". Upon the invitation of the Bishop of Taipei, three Filipina sisters were sent to respond to the invitation to begin a community in Taipei, Taiwan in November 1982. Since then our mission has developed in this part of the world and at present, there are three communities - in Xindian, in Xinzhuang, and at the Marian Shrine of Wu Fong CI, Yilan. The latter, the most recent foundation of the PDDM in the Archdiocese of Taipei took place on June 1, 2013. The Archbishop of Taipei invited the congregation to take-over the ministry of welcoming pilgrims and guiding them in the development of their spiritual life.

Since their arrival in 1956, the PDDM collaboration with the SSP priests and brothers continued. When the SSP formation community transferred to Makati in June 1960, some of sisters also went there to continue the mission with the SSP.  Then, in 1983 a small community was opened in the SSP Novitiate, San Fernando, Pampanga.

A decade after this foundation at SSP - Pampanga, a small community was also opened in the SSP Seminary in Silang, Cavite in 1993.

In 1984, another PDDM community and liturgical center was opened in Davao City. It was on October 14, 1989, that the congregation acquired a house at Park Avenue, Davao City, in which a liturgical center was also established. Later developments include a bigger chapel with an annexed function room which was blessed and inaugurated in 2006. The new PDDM Liturgical Center and workshop was blessed on March 4, 2012 and became fully functional on May 31, 2012; meanwhile the new residence of the sisters named Casa Madre Scholastica, was inaugurated on October 7, 2012.

An important milestone in the life of the Philippine foundation was the opening of the Regional House in Zaragoza St., Quezon City on January 24, 1994 spearheaded by then Regional Superior Sr.M.Jesusa Teking. With the opening of the Regional House, the consolidation of the liturgical apostolate became a reality. The Central Liturgical Apostolate of the Philippine-Taiwan Region (CLAPT) was formally established for better organization and more effective operation. A small liturgical apostolate center was also opened in a rented space along Aurora Boulevard.

On January 24, 1999, the sisters' dream of constructing a Eucharistic-Priestly-Liturgical Center that will consolidate the three-fold dimension of their mission to serve Jesus Master in the Eucharist, the Priesthood and the Liturgy was realized with the blessing of the new, five-storey building now known as the PDDM Apostolic Center in Manila. Today, PAC-Manila remains the seat of the PDDM Liturgical Ministries, Incorporated (formerly known as CLAPT)—the legal entity which caters to all the Liturgical Apostolate transactions and operations of the Philippine-Taiwan-Hongkong Province.

Another very significant and important landmark in the life story of the Philippine foundation in the Great Jubilee Year 2000 was the ERECTION of the PDDM Philippine-Taiwan Region into a PROVINCE on February 13, 2000, with Sr. M. Peter Evardone, as the first Provincial Superior. The new Provincial Government was installed on February 28, 2000 during the celebration of Vespers which was attended by members coming from the different communities of the Province. In the process of the re-designing of the Provincial set-up, the house in Zaragosa was sold and on November 26, 2003, the 82nd death anniversary of our founder Blessed James Alberione, the Alberione Center along Araneta Avenue, Quezon City, was opened as a tribute to him. It is hoped that from this edifice Jesus Master, the Way, the Truth and the Life may be proclaimed through the Eucharistic-Priestly-Liturgical mission of the PDDM. This is now the seat of the provincial government of the Philippine-Taiwan-Hongkong province. 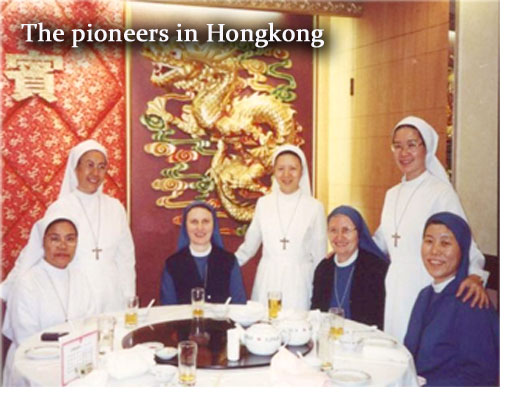 The Great Jubilee Year 2000 has also graced us with the realization of our founder's dream of a mission for immense China: the new foundation in Hong Kong which formally opened on June 30, 2000. After ten years of residing within the premises of Caritas Medical Center, the congregation acquired Flats C & D of Summit Terrace Tower 5, located at 1 On Yuk Road, Tsuen Wan, New Territories, Hongkong just across the Annunciation Parish where our sisters work in the later part of 2009. The renovated structure is dedicated to Jesus Master and was blessed on August 30, 2010. Presently, the sisters respond to the needs of the local Church of Hongkong through liturgical ministries such as giving catechesis to the migrant Filipino workers and other English speaking groups, church and sacristy upkeep as well as Pastoral Care for the Sick.

Another milestone was reached with the celebration of our Jubilee Year – the 50th foundation of the PDDM in the Philippines on August 25, 2006 with communities and apostolic activities that continue to flourish. In this occasion we were graced with the presence of some Italian PDDM’s who played a significant part in our growth and development.

After the Davao foundation, a second tabernacle was opened in Mindanao—in the Diocese of Iligan on June 26, 2011, Solemnity of Corpus Christi. Later, on August 10, 2013, a mini-liturgical center of the PDDM was also blessed. Since its foundation, a sister acts as Assistant to the Priest Administrator of the Diocesan Centrum and another as part of the Formation Staff in the College Seminary of the Diocese. Both sisters alternate in managing the mini-liturgical center, together with the Seminary staff. 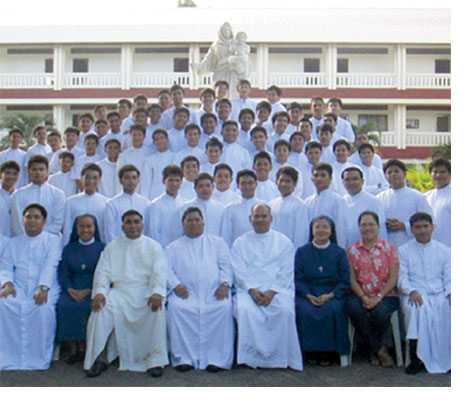 As response to the invitation of Archbishop Socrates Villegas to start a PDDM community in the Archdiocese of Lingayen-Dagupan, a PDDM presence was officially founded in the said archdiocese on July 8, 2012 for the specific ministries of liturgical formation and animation and also the formation work of the seminarians of the Archdiocese. After staying for almost a year in the premises of Mary Help of Christians College Seminary, the PDDM sisters found a new residence in the same locality of Gueset, Bonuan, approximately five meters away from their former abode. On the Feast of St. Ignatius of Loyola, July 31, 2013, the new convent and mini liturgical center, named Madre Scholastica Community was blessed.

Presently, there are 109 professed members; 95 are in the Philippine-Taiwan-Hongkong Province (84 perpetually professed and 11 temporarily professed), while 14 are in various missions in Rome, Ireland, Canada, USA, Australia, and France. There is also a steady entry of young people. Currently, there are six sisters in the initial formation.

At this challenging stage of our growth as an institute, we have opted to commit ourselves more consciously and concretely to the work of renewal in the local church and in the world journeying in this new millennium.

Meanwhile, we praise and thank the Lord for the 58 years of living and active presence in the Philippines, in Taiwan and in Hongkong. There is every reason to rejoice, to celebrate and sing of God’s marvels.